The Summer Palace – occupying pride of place in China’s capital city of Beijing – is one of the most splendid examples of the Chinese landscaped garden, an outdoor art form that is the iconic symbol of one of the world’s major civilizations. Savour the variously historical and cultural delights that grace this fair city, when you check into any of the luxury serviced apartments Beijing has to offer you. Consider the elegantly appointed offerings of the Somerset Grand Fortune Garden Beijing. With a central location that puts guests within easy reach of world-class entertainment and dining options, a Somerset luxury apartment in Beijing paves the way for adventures undertaken in style. When you have an afternoon to yourself or you’re looking for the ideal place for relaxation with the family in tow, visit the exquisite expanses of the Summer Palace. It is the largest and most well-preserved set of gardens in the country, and its subsequent influence on Chinese horticulture has aptly titled it “the Museum of Royal Gardens. The Summer Palace saw its inception in the mid eighteenth century an arena of respite for the royal family, and was later expanded to house a residence for the same. Although it was decimated by the anglo-friendly allied forces, it was reconstructed in 1888, and after another bout of violence brought it to its knees in 1900, it was resurrected two years later. Finally opened as a public park in 1924, it has remained an exquisite public arena for ample enjoyment by the people. Spanning over an area of almost 750 acres, it is graced with around 3,000 pavilions, bridges, towers, corridors and the lake, which adds to its unique charm. It boasts a variety of sacred temples that must be explored to acquire a true taste of the spirituality and majesty of the garden complex. With absolutely stunning views of Kunming Lake, visitors are encouraged to bring along cameras and ample batteries to truly capture the grandeur of this impressive historical locale. 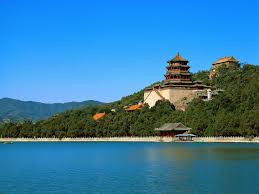 The Miraculous Benefits of Ayurveda