A Glimpse Into Japan’s Imperial Past 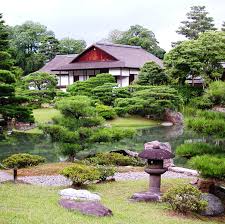 The Katsura Imperial Villa was built in 1645 and was once the home of the Katsura imperial family in Kyoto. At present it is considered a cultural heritage site because the gardening and the architectural elegance of the place has been unmatched in recent history. The villa has some characteristic features of Japanese culture including tea houses, beautifully landscaped gardens and Japanese style drawing rooms. The palace belonged to the royal family namely the princes of Hachijo-no-miya. Now it is mostly a tourist attraction drawing in visitors from across Japan and the globe.

In ancient times the Katsura region was much sought after because it was the best site for viewing the moon. The imperial family was awed by the lakes and the rich diversity in the region and decided to build their residences in Katsura. Once you visit the villa you will understand exactly why they were so attracted to the place. It is peaceful and a simple walk in the gardens will give one a sense of calmness.

The aesthetics of the site is influenced primarily by Zen Buddhism. Traditional Japanese designs incorporate Zen philosophy with raised floors, terraces and porches that give an excellent view of the natural surroundings. The tea houses especially reflect the concepts of Zen Buddhism. The consumption of tea is seen as an act of detachment in Japanese culture. Purity, isolation, reverence and concord are aspects that are derived from Zen Buddhism and the tea houses are meant to portray these qualities.

Something should be said about the landscaping of the villa as it is a unique feature of Japanese culture. Each of the areas in the garden resembles qualities of silence, reverence and harmony. The collaboration of the spiritual and the natural worlds are part of the lifestyle of ancient Japan. The imperial leaders attempted to strike a balance between the two and this message is seen in the site’s architecture and gardening.
If you are thinking of visiting this beautiful location on a visit to Japan, then look to stay at Kyoto serviced apartments in the district. Citadines Karasuma-Gojo Kyoto is one such option worth considering and offers contemporary Kyoto apartments that come with modern comforts and conveniences.

Chandrishan Williams is a travel writer who writes under the pen name, Caleb Falcon. He specializes in writing content based on the many exciting world adventures that await intrepid travellers. Google+