The All Blacks Go All Out for Rugby World Cup 2011 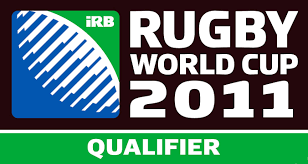 The days are numbered and fans worldwide are counting down to the biggest sporting event of the year due to be held in the island nation of New Zealand. Affectionately dubbed the RWC 2011, the Rugby World Cup is set to take the home of the All Blacks by storm as all of the world’s leading teams, players and literally thousands of fans descend on the country for the most significant rugby event of the year.
Having beaten South Africa and Japan to be the host venue for the mega event the 2011 Rugby World Cup is the seventh installment of the quadrennial contest which was first organized by the international rugby union in 1987. Expected to cost the country nearly NZ$310 million preparations for the red letter competition began as early as February, 2008, three years after New Zealand was awarded host status and three years before the kick off of the competition.
Tipped to be the most significant sporting event to be held in New Zealand’s prolific sporting history this year’s RWC is set to eclipse past hallmark events the likes of the 1990 Commonwealth Games, 2003 America’s Cup, 1990 Commonwealth Games and the inaugural 1987 Rugby World Cup. Hoping to attract crowds that exceed 85,000 from across the world the RWC is expected to bring in NZ$280 million in just ticket sales alone. 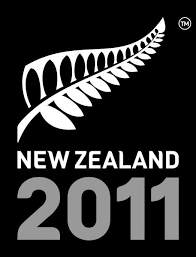 Commencing on the 9th of September and culminating on the 23rd of October play off in Eden Park, Auckland the tournament is set to take place over seven weekends that end with the Labour Day weekend which falls on Monday the 24th of October. Twenty teams will vie for the coveted trophy in this year’s contest which sees the Russian team make its debut in RWC history. The competing nations include Australia, France, Argentina, Italy, South Africa, England, Ireland, Scotland, Wales, Fiji, Tonga and New Zealand who all qualified for the RWC by being the top finishers at the 2007 competition. The remaining 8 teams which consist of the United States, Japan, Canada, Romania, Namibia, Georgia, Samoa and Russia were selected by regional qualification rounds.
Due to be held in 13 venues across the country the cities that will see a majority of the sporting action include Auckland, Wellington, Christchurch, Hamilton, Rotorua, Dunedin and New Plymouth.
Travellers on the lookout for luxury New Zealand rugby accommodation will be hard-pressed to find a finer alternative to Millennium Hotels and Resorts New Zealand. With seven stunning hotels on South Island and over ten in North Island premium New Zealand hotels don’t get any better than this.
Miscellaneous

Where to go and what to do in Abu Dhabi

Shop until you Drop

The Gold Souk on 4th Street

Cruising in the Maldives