Uncover the History of an Asian Giant

Located within Tsim Sha Tsui’s Kowloon Park, the Hong Kong Heritage Discovery Centre is an iconic institution dedicated to preserving the country’s history and legacy within its confines. Housed in what was known as the Kowloon Park’s Whitfield Barracks the venue occupies the iconic S61 and S62 blocks. Having opened its doors to the public in 2005 the institution is housed in a historic structure built during 1910 that originally served as the home of British military personnel till 1967. The lands which belonged to the military were returned to the government during the late 60’s to be converted into leisure spaces.

Maintained and run by the Antiquities and Monuments Office, the Hong Kong Heritage Discovery Centre is also considered a fine example of sustainable building projects in the country as the conversion of the space from a military residence to a modern cultural institute with space for displays and educational showcases was completed with utmost care. 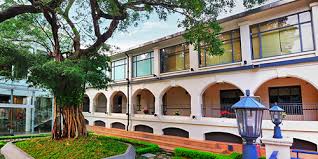 Frequented by visitors young and old the Hong Kong Heritage Discovery Centre is divided into five sectors. The permanent exhibition area is of course the venue’s chief highlight as it contains the most coveted displays in the centre. The thematic exhibition hall on the other hand alternates its exhibits from time to time giving way to theme based displays that explores the heritage of Hong Kong. All of the venue’s lectures as well as seminars and workshops are conducted in either the lecture hall or the educational activity area. A well-stocked reference library with an impressive number of volumes is also on-site for those interested in learning more about the island nation. The entire centre is also a Wi-Fi hotspot offering internet access to the public as of 2007. Free admission is another feature of the centre that makes it s popular stopover for tourists and locals alike.

Travellers in search of a charming hotel in Kowloon will find no finer alterative to the decidedly quaint Cosmo Hotel Mongkok. Offering guests a strategic location with all modern comforts this luxury rest is one of the finest Mongkok hotels on the island and lets you enjoy the very best the city has to offer be it culture, entertainment, sightseeing or shopping.

5 Great things to do in the Caribbean

Fine Dining in Colombo; With a constantly developing city

Spa and Wellness in Maldives