Style at its Most Glamorous!

Since time began Paris has been a synonymous city with fashion and style. Setting trends since the Victorian age and before that, this chic capital is home to some of the worlds greatest design labels.

Paris’s official fashion week was enacted in 1973 and since then it has been the capital of fashion and style. Famous fashion houses such as Chanel, Christian Dior and Yves Saint Laurent are the epitome of trendy French design. The current evolution of the event is a who’s who of the celebrity world filled with a constant theme of trying to be daring, vibrant and different. 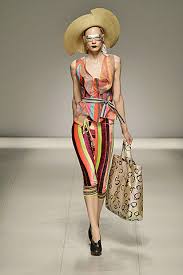 Paris Fashion Week rounds off what is considered as the ‘big four’ in the fashion world, these are the rival New York Fashion Week held first, followed by London and then Milan ending in Paris. Designers showcase their autumn winter fashions during the period of January to March and summer fashions are showcased between September and November.

The variety of stylish garments paraded by designers during Paris Fashion Week are mostly intended to show the labels design direction, in accordance with the themes of the season the catwalk and hall surroundings are decorated lavishly to represent the respective vision of the designer and help the audience get in the mood for what is to come. Haute Couture fashions are also displayed by some ultra high end labels showcasing one off special clothing that are not mass produced and some are only available in very small numbers.

Paris during fashion week is when it is at its most glamorous, exuding a truly unique vibrancy across the city. The Le Royal Monceau is an extraordinary Paris luxury hotel that is considered synonymous with the Paris cityscape. Located moments away from the Arc de Triomphe and the picturesque drive of the Champs Elysee, this luxury hotel in Paris affords tastefully luxuriant interiors with a comprehensive array of exclusive amenities and services while maintaining that unique French charm.

Flemington Racecourse: a fast paced touch of flair and style